The Eddystone Challenge, organised by the Mayflower Offshore Rowing Club, is a race from Plymouth to the Eddystone Lighthouse in the Western Approaches of the English Channel and back - a distance of 40 kilometres in open sea.
The race is open to any rowing boat, eg Quad sculls, Sweep oars, Celtic Longboats, Cornish Gigs and Canoes etc.

The event is a tough mental and physical challenge. The winning time is dependent on the weather, it has taken just under six and a half hours in force six conditions, and under four hours in force one. The event only has one rule, and that is to follow the safety instructions at all times.


Two years ago, after a disasterious day in force 7 winds and spring tides up the Tamar, I swore I would not attempt this challenge again, Saturday saw me back at the Mayflower Club and on the start line at the Mount Batten Pier.

With a force 4 forecast  the main event to the lighthouse was on. The trip out was good and quick, the northerly wind had everyone surfing around the Eddystone rocks in record time, the journey back was a different story.

Battling against strong head winds, frequent squalls and the odd storm thrown in it was never going to be easy. Many dropped out but a few kept going. You could see the storms coming over Plymouth as the town dissapeared into a grey blur, then moments later we would be trapped in great big squalls and thundering rain and all you could do was paddle for support and at least keep upright..

I'm so pleased to be able to say that with a combination of a bit of training, good planning and a little bit of nutritional and dietry guidance, I actually finished the event this year in just over 6 hours. It really is a grind, the Plymouth breakwater never comes into view and when it does it never seems to get any closer. I don't think I will be in a rush to do it again.

A really big well done to John Willacy who is breaking records left, right and centre, another first place for him in the Rockpool Taran - a paddler who is at the top of his game in a most amazing boat, what a combination. Well done to Mick too making it a 1st and 2nd for 'Team Taran'.

http://www.mayfloweroffshorerowingclub.co.uk/eddystone/eddystone2010results.html
Posted by Ken Oliver at 18:57 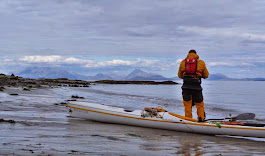 Hi and welcome to my blog. Thank you for taking the time out to have a look around. I've set this up more as an online log book and portfolio for myself but please feel free to view any of the content. Photos have been taken by myself and friends.

Favourites on the Web 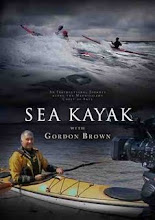 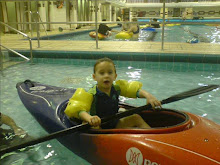 Get them started Early